Masters degrees in United States Society & Culture involve advanced study of the peoples, cultures and societies which originate from or are associated with the United States of America.

Related postgraduate specialisms include American Studies, United States Studies, and United States Literature. Entry requirements typically include an undergraduate degree in a relevant subject such as Cultural Studies or Languages and Literature.

Why study a Masters in United States Society & Culture?

Though a comparatively ‘young’ country, the Culture of the United States nonetheless encompasses an extremely diverse and wide-ranging set of areas for postgraduates to explore.

Predominantly Western, African, Native American, Asian and Latin American influences can be traced to the present day. Courses in this field may therefore encourage you to analyse how these cultures have intertwined or drawn apart because of cultural and social movements in the USA.

For example, you might research the different creole languages which have formed in different parts of the UD, or you might examine the apartheid systems prevalent in the 20th century.

Careers may include positions in academia and publishing, journalism and digital media, and heritage institutions such as museums. You would also be suitable for positions within government departments and foreign policy regulators, as well as public relations roles.

We have 15 Masters Degrees in United States Society & Culture

We have 15 Masters Degrees in United States Society & Culture

What does it mean to be an American? Is there a shared American culture, or is that just something Europeans imagine? Because of the global reach of the United States, most Europeans have the impression that they "know" America, which is often perceived as a single culture, with little recognition of the complexity and variety that are characteristic of the nation. Read more

The programme combines literary and linguistic instruction and provides a broader cultural overview of the countries in North America, combining both Anglophone and Francophone and Spanish-speaking regions, from Canada to the United States through Mexico and the Caribbean. Read more

University of Nottingham Department of American and Canadian Studies

Our MA in American Studies is an interdisciplinary and multidisciplinary course, which enables you to focus on the study of: history, literature, politics… Read more

University of Essex Department of Literature, Film, and Theatre Studies

This multidisciplinary MA comprises a broad range of specialist modules in the humanities and social sciences, bringing together the academic expertise of the institute with United States specialists from other UCL departments and University of London colleges. Read more

The English and American Literature MA allows you to choose from the full range of our MA literature modules. Our postgraduate degree allows you to explore the richness of English Literature from a wide range of historical periods, cultures and genres, and empowers you to strengthen and expand your own interests. Read more 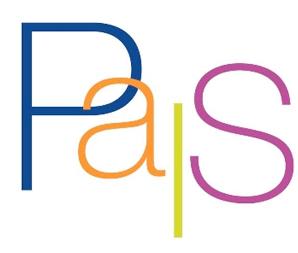 University of Warwick Department of Politics and International Studies

As a leading global power, the United States Foreign Policy has a significant impact upon international relations. Warwick's MA focuses on the context of national security as well as wider aspects of foreign policy and its impact in areas like the economy. Read more

The United States is the most influential nation in the world. However, a number of challenges in recent years have called into question the sustainability of American leadership abroad and prosperity at home. Read more

The Master of Arts in American Studies provides students opportunities for pre-professional training in their chosen speciality. Through challenging courses and in-depth research, students delve into topics like architecture, popular music, immigration and borders and racial and gender equality in American culture. Read more

Interdisciplinary in Approach. Dynamic in Teaching. Relevant in Practice. American Studies at The University of Groningen. Read more

This MA programme allows you to take your study of Anglophone American literature to the next level. Read more

Showing results to of 15