Masters degrees in United States Literature include advanced study of the literary traditions, movements and writers which have originated from, or have been influenced by, the United States of America.

Why study a Masters in United States Literature?

American Literature encompasses not only literature produced since the USA was formed, but also writers and movements from the colonies that later became the United States. US Literature therefore draws on many influences from other European literary traditions, particularly those of Britain and Ireland.

You may specialise in a wide range of Post-Colonial, African-American, and creole literary traditions which have centred around important social and political movements. For example, the abolition of slavery and later civil rights issues led to wide-spread literary criticism from American and non-American writers alike, while the end of the first World War saw a surge in contemporary movements such as surrealism.

Traditional careers in this field include academia and publishing, journalism and digital media, and roles in heritage institutions such as museums. You might also explore work on behalf of private organisations in industries such as leisure and tourism.

We have 20 Masters Degrees in United States Literature

We have 20 Masters Degrees in United States Literature

This MA programme allows you to take your study of Anglophone American literature to the next level. Read more

University of Essex Department of Literature, Film, and Theatre Studies 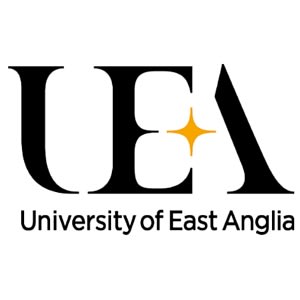 The English and American Literature MA allows you to choose from the full range of our MA literature modules. Our postgraduate degree allows you to explore the richness of English Literature from a wide range of historical periods, cultures and genres, and empowers you to strengthen and expand your own interests. Read more

Goldsmiths, University of London Department of English and Creative Writing

We offer MPhil and PhD research programmes in English (including American Studies), Comparative Literature or Linguistics for full or part-time study. Read more

Our MA Modern and Contemporary Literature master's course offers an opportunity to become part of an exciting, intellectual group of researchers working in 20th and 21st century literature, culture and theory. Read more

The United States is the most influential nation in the world. However, a number of challenges in recent years have called into question the sustainability of American leadership abroad and prosperity at home. Read more

The Master of Arts in American Studies provides students opportunities for pre-professional training in their chosen speciality. Through challenging courses and in-depth research, students delve into topics like architecture, popular music, immigration and borders and racial and gender equality in American culture. Read more

University of Buckingham School of Humanities and Social Sciences

The MA in English Literature by research is taught through seminars, group sessions, and personalised one-to-one teaching with a first and second supervisor. Read more

Showing results to of 20