Rotterdam is a city in the Netherlands, situated on a large delta formed by the confluence of several major European rivers as they flow into the North Sea. There is one large university in Rotterdam, as well as a number of smaller higher education institutions.

What’s it like to study a Masters in Rotterdam?

The Netherlands’s second largest population centre and one of the world’s busiest ports, Rotterdam is an important European city.

As its name suggests, Rotterdam’s origins do in fact lie in a settlement associated with a historic dam, controlling water flow in the delta area. It soon became an important trading hub and shipping centre and continues to be linked up with a substantial road and rail network, making it an important gateway into the European mainland.

Though it lacks the picturesque reputation of Dutch cities like Amsterdam, Rotterdam has a vibrant nightlife and was a European Capital of Culture in 2011. Postgraduate students in the city have access to a wide range of entertainment venues as well as extensive modern shopping areas.

Famous landmarks in Rotterdam include historic buildings associated with its port district, as well as many impressive high-rise structures built during the 20th century (including some of the tallest buildings in the Netherlands). The Markthal is one of Rotterdam’s unique landmarks, a cavernous horseshoe-shaped market hall in the centre of the city. Rotterdam’s exceptional transport links also make it very accessible for international students and an ideal base from which to travel to other parts of Europe. Amsterdam is under an hour away by train, while Brussels is only an hour and a half away.

The principal university in Rotterdam is Erasmus University Rotterdam, named after the famous humanist philosopher and local resident, Desiderius Erasmus. It was founded in 1913 and is usually ranked as a world top 100 institution. Rotterdam is also home to a number of smaller higher education institutions, including three Universities of Applied Sciences, offering vocational and professional postgraduate programmes.

Rotterdam has a thriving, innovative economy that benefits from its proximity to the busiest port in Europe. Major companies based in the city include Unilever, Shell and Pfizer.

We have 100 Masters Degrees in Rotterdam, Netherlands

We have 100 Masters Degrees in Rotterdam, Netherlands

We have an international focus and combine top academic research with excellent teaching.

Why do people not always act as rational economic decision makers? How can we apply mathematics and psychology to improve our economic models? Contrary to assumptions in traditional economics, people do not automatically choose the optimal course of action, even if given proper incentives. Read more

Whether you take the train, buy something online or make an insurance claim, virtually everything you do contributes to the vast amount of data collected. Read more

Economics of Markets and Organisations

Organisations differ strongly in productivity. This programme allows you to have a positive impact at work, by learning how market structure and organisational policies affect organisational performance. Read more

Does the world of finance attract you like no other? Do you aim for a career in private equity, corporate finance, banking, or asset management? The Financial Economics specialisation covers it all. Read more

Does reading about the rapidly rising costs of health care make you want to do something about it? Would you like to apply economic and quantitative skills to achieve this? The Health Economics programme provides you with the concepts and techniques needed to face the sector’s challenges in the 21st century. Read more

Do you have your eyes on the world? Would you like to work in the field of international economics and business? Do you seek the challenge of a high-level, practice-oriented education to realise your ambitions? The International Economics programme offers you a comprehensive selection of topical global economics issues. Read more

The marketing department of the Erasmus School of Economics is arguably one of the top marketing science groups in Europe, entailing academics… Read more

We live in challenging times and economic policy problems are everywhere. Remember the financial crisis in 2008 and the Euro crisis that erupted in 2010. Read more

State of the art transport, logistics and modern cities are essential for a well-functioning economy. The Urban, Port and Transport Economics programme focuses on how to optimise these key elements of modern society. Read more

Ranked as a top tier player by the Financial Times for Masters in Management and with the Netherlands’ widest selection of MSc programmes, Rotterdam School of Management, Erasmus University equips you for business. Read more

Do you want to play a pivotal role in the accounting, auditing or assurance branch? The interactive Accounting and Auditing programme at Erasmus School of Economics prepares you to do just that. Read more

Do you want to play a pivotal role in the accounting, auditing or assurance branch? The interactive Accounting, Auditing and Control programme at Erasmus School of Economics prepares you to do just that. Read more

Do you want to combine your knack for numbers with managerial and research skills? The Accounting and Finance programme at Erasmus School of Economics offers you an excellent practice-based academic foundation for a career in accounting and finance. Read more

Which parties are active in the cultural sector? What are the interests of artist, the audience and distributors of arts and culture? And how can the arts scene hold its head up in the world? In this master, you will study how the international world of art and culture operates. Read more

Showing results to of 100 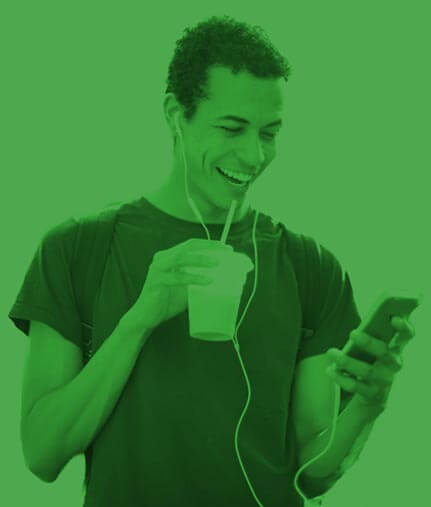 Chat LIVE to over 75 top universities