Masters degrees in Nuclear & Particle Physics involve advanced study of matter at the atomic and sub-atomic levels, including analysis of the structure and behaviour of nuclei within atoms.

Related subjects include Theoretical Physics and Experimental Physics. Entry requirements typically include an undergraduate degree in a relevant subject such as Physics or Chemistry.

Why study a Masters in Nuclear & Particle Physics?

Since the discovery of gravity, the oldest known forcefield, physicists have been fascinated by the laws of nature governing the universe. Courses in this area encourage you to examine the smallest detectable particles that constitute matter and radiation, and explain the fundamental interactions behind their behaviour.

From elementary particles to the formation and evolution of the Solar System, stars, and galaxies, you will analyse a range of theories and methodologies that have developed and adapted over time to explain these phenomena. This could include using a combination of mathematical methods, computer modelling tools and experimental equipment.

Expertise in this field is fundamental across a range of industries, and careers are very broad. You may be employed in environmental conservation, medicine, pharmacology and aerospace engineering.

We have 58 Masters Degrees in Nuclear & Particle Physics

We have 58 Masters Degrees in Nuclear & Particle Physics

School of Physics and Astronomy

Situated on our £450 million Bay Campus, an enviable seafront location next to the breathtaking Swansea Bay

University of Bristol Faculty of Science

The MSc in Nuclear Science and Engineering will prepare you for a career in industry or academia by providing a thorough grounding in the science and engineering that underpins today’s nuclear energy systems. Read more

University of Greenwich School of Engineering

The MSc in Advanced Chemical Engineering helps students and engineering professionals advance their knowledge in chemical and process engineering and build the skills for future-thinking careers. Read more

Do you want to contribute to an area of cutting-edge research in an awe-inspiring subject? Do you want to delve deeper into advanced topics in physics or… Read more

University of Glasgow College of Science and Engineering

The Masters in Nuclear and Environmental Physics aims to give students an understanding of the application of nuclear processes to energy generation, medical physics and environmental monitoring, at a level appropriate for a professional physicist. Read more

University of Sussex School of Mathematical and Physical Sciences

This course – delivered by our expert faculty – gives you a sound footing for further studies in this field. Our research lies at the forefront of fundamental physics, and this MSc allows you to explore modern experimental and theoretical particle physics. Read more

University of Edinburgh School of Physics and Astronomy

University of Sussex School of Mathematical and Physical Sciences

This course is for you if you’re interested in atomic, molecular and optical physics, as well as experimental particle physics. Read more

We offer a versatile 2-year Master's degree programme in Physics with the possibility of specialising in Computational Physics, Particle Physics and Cosmology, Quantum Optics, or Soft Matter and Statistical Physics. Read more

University of Colorado Boulder College of Arts and Sciences

Our Physics MSc will give you experience in conducting complex research tasks in the rapidly developing and exciting fields of particle physics and cosmology, experimental biophysics and nanotechnology, and the theory and simulation of condensed matter. Read more

The field of experimental physics offers unique scientific and technological challenges. As a student in the Master’s degree programme in Experimental Physics you will learn about the fundamental scientific theories that describe the world around us. Read more

University of Sheffield Department of Physics and Astronomy

This course covers the complex theories and experimental techniques that particle physicists use to explain the nature of the universe. Read more 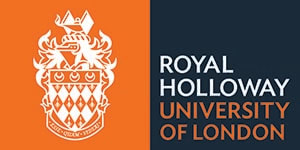 Our MSc Physics by Research course is ideal both for graduates who would like to undertake original research without committing themselves to a three-year PhD, and for students who want to gain a research-based Masters before embarking on their PhD. Read more

Showing results to of 58