One of the most famous cities in the world and the most populous city in the United States, New York City is situated on the USA’s East Coast. There are over 100 universities in the New York area, along with many other higher education institutions (the largest number of any US city) and over a million resident students.

What's it like to study a Masters in New York?

Throughout its history New York has been an important gateway into the United States. This legacy of immigration has created a cosmopolitan city with a rich range of cultural heritages celebrated by different community traditions and public festivals.

Studying a Masters in New York will allow you to become part of this proud tradition of international travel and exchange, contributing your ideas to one of the world's busiest education hubs.

You'll also enjoy studying in one the most popular tourist destinations in the world, home to a range of famous buildings and landmarks, including the Empire State Building, the United Nations Headquarters, Times Square and, of course, the Statue of Liberty. There are plenty of spots in Central Park to enjoy a tranquil study break when the sun is shining, or you could find a cosy corner of the landmark New York Public Library Main Branch to do your reading.

New York has an unparalleled collection of museums, art galleries and cultural institutions to enjoy. From the thought-provoking MoMA and its cutting-edge contemporary art, to the masterpieces showcased by the Metropolitan Museum of Art and the wealth of fossils within the American Museum of Natural History, there’s enough to keep cultured Masters students occupied for years.

The sheer size and scope of New York means the city will offer you an unparalleled postgraduate study experience, whichever of its many universities you study at.

The oldest local university in New York is Columbia University, established in 1754. Columbia is a member of the prestigious Ivy League of eight American universities and is routinely ranked amongst the very best universities worldwide. It is famous as the site of numerous modern scientific and technological breakthroughs including the implementation of FM radio and the splitting of the atom.

Other famous universities in New York City include New York University (NYU) which was established in 1831 and usually ranks in the top 50 universities worldwide and the City University of New York (CUNY) which was founded in 1847 and is the city's public university system, comprising a number of associated institutions.

Postgraduate courses in New York are also available from the city's many other higher education providers, which include large universities as well as numerous smaller institutions offering specialised programmes.

New York’s Wall Street is one of the world’s great financial centres, offering a wealth of career opportunities for talented postgraduates. The city is also a major media hub, hosting the headquarters of many international news and entertainment organisations. New York has a reputation as a hotbed for tech start-ups that has earned it the Silicon Alley nickname.

We have 60 Masters Degrees in New York, USA

We have 60 Masters Degrees in New York, USA

NYIT: Home of the Maker, Doers, Inventors, and Innovators 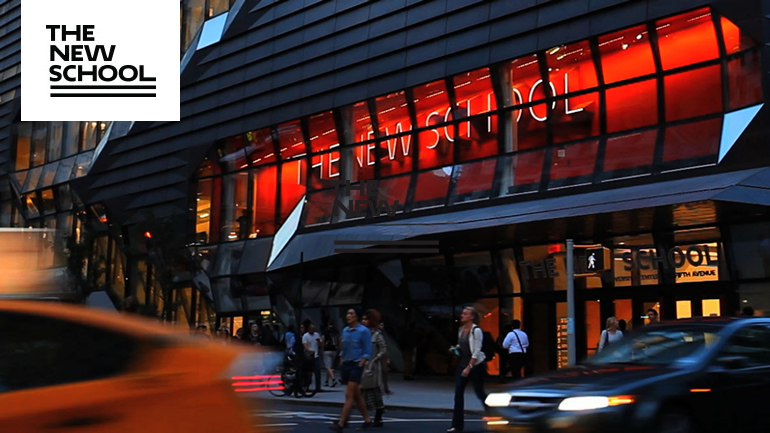 Graduate students at The New School for Social Research ask the kind of questions that challenge the status quo across the social sciences and humanities. Read more

The Master of Architecture (MArch) program at Parsons School of Design is a three-year NAAB-accredited professional degree for students holding a pre-professional undergraduate degree in architecture or a four-year non-architecture degree. Read more

The Master of Science in Architecture, Health and Design (M.S.AHD) program is a two-semester (plus summer term), 30-credit, post-professional master's degree. Read more

The contemporary field of urban design is fluid, fast-moving, and global. NYIT's 36-credit, three-semester (1.5 year) graduate program in urban and regional design confronts the challenges of urban design in the context of 21st-century cities and regions. Read more

Live the writer's life in New York City. The New School's Creative Writing MFA program allows you to join a community of diverse voices, plug into New York's publishing world, and build a network that will support you through graduation and beyond. Read more

Designers today face two fundamental challenges. the expanding influence of design within society and the increasing role of technology within design. Read more

The 60-credit Master of Science in Design and Urban Ecologies program radically reframes the study of cities and urban design methodologies. Read more

The online master’s in Fashion Management at Parsons School of Design enables you to become a leader in the fashion business world while studying 100 percent online from anywhere in the world. Read more

Named among the top international affairs programs by the Foreign Policy Association, the Julien J. Studley Graduate Programs in International Affairs  are distinctive in the New School tradition. Read more

Learn the skills you need to be a leader in a field you're passionate about. The New School's Master of Science program in Media Management offers you the tools, professional network, and practical experience you need to succeed in today's media industries. Read more

The New School's Master of Arts program in Media Studies offers an interdisciplinary curriculum in media theory, design, and practice with an emphasis on the production of video, audio, and Web-based media. Read more

Showing results to of 60