Screenwriting for TV and Film (in Retreat) - MA 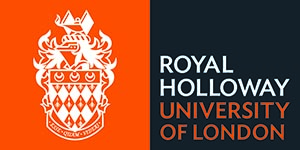 Commencing in September, you will be taught through a mixture of intensive writing retreats and distance learning techniques, including Skype and our dedicated online learning environment, Moodle. The course includes four week-long residential retreats throughout one year (full time), with some taking place in Central London and others at our beautiful Egham Campus, near Windsor. This structure immerses you in a

UK Upper Second Class Honours degree 2:1 (Honours) or equivalent, in Literature, Theatre, Media or a related discipline. Students with degrees in other subjects will also be considered, as will those with relevant professional or creative experience in fiction writing, film and TV media, theatre, radio or journalism. Submit up to 50 pages of creating writing, preferably pieces intended for film or television and in film/TV format, though other forms of creating writing such as short stories or plays will also be acceptable

Course Content Entry Requirements Where will I study?
Email institution

Send an enquiry to Royal Holloway, University of London

The information you submit to Royal Holloway, University of London will only be used by them or their data partners to deal with your enquiry, according to their privacy notice. For more information on how we use and store your data, please read our privacy statement.

The information you submit to Royal Holloway, University of London will only be used by them or their data partners to deal with your enquiry, according to their privacy notice. For more information on how we use and store your data, please read our privacy statement.

Royal Holloway was founded by two social reformers who pioneered the ideal of education and knowledge for all who could benefit.

Where is Royal Holloway, University of London

Check out our other Masters Courses in Egham, United Kingdom

Music and Sound for Film and Games MSc
University of Hertfordshire