Glasgow School of Art    School of Simulation and Visualisation

Serious games and virtual reality represent a large, and actively growing, industry – the application of modern games technology in a wide range of areas around medicine, training, education, security and beyond. While educational games already represent a multi-billion dollar global industry, the recent growth in virtual reality has seen predictions that this market will continue to grow, with major companies such as Facebook and Microsoft now adapting their strategies to increasingly adopt VR and AR as part of the ‘Metaverse’.

BSc Honours degree in a related discipline or equivalent professional practice. High calibre graduates from other disciplines may be considered if they are able to demonstrate an interest and ability in the field.

Send an enquiry to Glasgow School of Art

The information you submit to Glasgow School of Art will only be used by them or their data partners to deal with your enquiry, according to their privacy notice. For more information on how we use and store your data, please read our privacy statement.

The information you submit to Glasgow School of Art will only be used by them or their data partners to deal with your enquiry, according to their privacy notice. For more information on how we use and store your data, please read our privacy statement.

Where is Glasgow School of Art 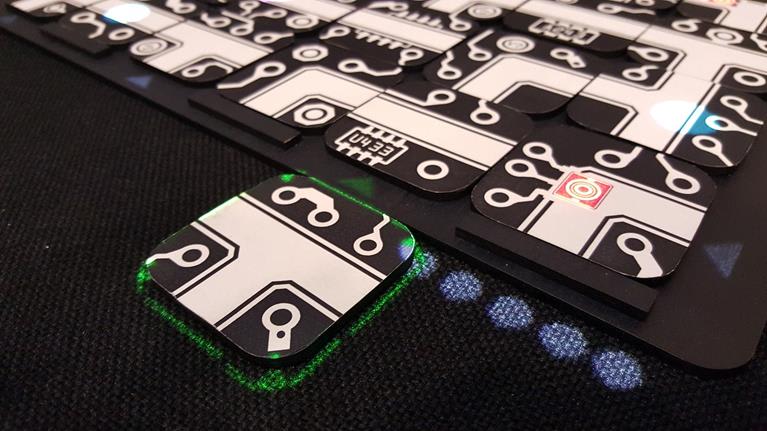 I studied Audiovisual Media in Stuttgart, Germany for my undergraduate degree, specialising in interactive media.

During my studies, I worked at a local design agency on AV and interactive installations for museums, showrooms and trade fairs. In 2013, I came to Scotland for an Erasmus exchange semester, and visited The Glasgow School of Art, where I was amazed by the vibrantly creative atmosphere and buzz. After this I attended the Open Day at the Digital Design Studio (now the School of Simulation and Visualisation), and returned to Glasgow to start the programme a year later.

I was in the first intake for the Serious Games programme at SimVis, which was very exciting. The programme allowed me to deepen and expand my skills in interaction design and technology, and to explore how to leverage game elements for developing engaging applications for education and training The programme was definitely hard work, but I really enjoyed the challenge, and the SimVis community was very diverse and supportive, which created a very inspiring and pleasant environment to work in.

After the MSc, I joined IES, a Glaswegian software company where I work as a human-computer interaction developer. My Master’s portfolio, which showcased my three best projects, definitely played a key role in the interview process.

I regularly attend digital and tech-related social groups and events here, where I see the wide spectrum and liveliness of Glasgow’s digital economy: There’s the opportunity to meet web engineers, game producers, UX strategists, data scientists, UI designers of all backgrounds and nationalities, from large agencies to indie studios to academia. As for the local sector’s strength, the results of SimVis’ commercial projects are good examples of what Glasgow is capable of.

I have just started working on my Master’s thesis project again. It’s a collaborative cross-reality game for two players: one player uses a game board which shows a maze from the top, and the other player wears a tracked VR headset, placing them inside a 3D version of the board’s maze. To win the game, they have to work together. While developing the game during the course, I constantly came up with new ideas for additional features and tech enhancement. Now I want to try out those ideas that had to be left aside plus many new ones that were added in the meantime.
www.jbergs.eu

Check out our other Masters Courses in Glasgow, United Kingdom

Check out our other Masters Courses in Computer Science