Goldsmiths, University of London Department of English and Creative Writing

This programme looks at language from a sociocultural perspective. It's designed for anyone with an interest in the relationship between language, culture and society but also provides a solid understanding of English language and linguistics.

You should have (or expect to be awarded) an undergraduate degree of at least upper second class standard.

You might also be considered for some programmes if you aren’t a graduate or your degree is in an unrelated field, but have relevant experience and can show that you have the ability to work at postgraduate level.

No prior knowledge of linguistics is required. If you would like to explore the options, given your personal background, please get in touch.

Send an enquiry to Goldsmiths, University of London

Virtual open days give you the opportunity to speak to academics and have all your questions answered online.

You’ll have the chance to virtually meet the people who will be teaching you throughout the event via talks from different departments. The talks will tell you more about what it’s like to study within a department, provide more information on individual degree programmes, and outline what makes Goldsmiths unique. You’ll also get the opportunity to hear from our student ambassadors to find out about their experiences as a student.

Many of our support teams will be available for you to speak to, from talks from our recruitment team on how to apply, to live sessions with Admissions, Accommodation, Student Support, and Library, helping to cover all your questions.

Founded in 1891, and part of the renowned University of London since 1904, Goldsmiths has a rich academic history but we’re also known for our creative approach. With world-leading research and high-quality teaching, a postgraduate degree at Goldsmiths will empower you to change the world around you.

Where is Goldsmiths, University of London 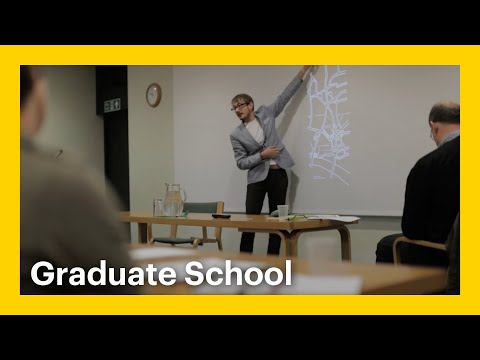 Currently I am a postgraduate student at Goldsmiths. I am in the MA in Applied Lingustics: Sociocultural Approaches Programme. Being an international student at Goldsmiths has been and continues to be one of the best experiences of my life. Goldsmiths’ smaller College population in comparison to other Colleges at the University of London makes it easier to connect with people and develop friendships. Furthermore, my class size (there are seven of us in the Applied Linguistics programme) has made one-on-one interactions with tutors feasible and has helped a great deal in absorbing the taught material. Moving abroad to begin postgrad studies has not been without its difficulties, but Goldsmiths staff have been very helpful in the transition process. I appreciated the range of social events the International Office planned the first week for international students, and the meeting that was held giving us full detailed information on a range of international student issues. I feel very blessed to be at a College that has a solid academic reputation, respects individuality, and genuinely cares for and looks after its students.

My year at Goldsmiths was a great experience and the MA provided me with enough of a foundation and confidence in Sociocultural Linguistics to continue on my academic journey
This MA not only provided me with an extremely wide ranging and solid foundation in Sociocultural Linguistics but also with many other crucial aspects needed to help this particular student through a year’s academic study. Classes that were engaging, inclusive and stimulating; tutors who were interesting, informed and supportive and fellow students who were diverse, interesting and well, just very likeable, we explored so many interesting topics such as the use of ‘three part lists’ in rhetoric!

It was fun too, discussions often spilled out from the classroom into one of the many local restaurants, cafes and bars in the immediate vicinity and continued late into the evening.

I came from the Open University having completed a BA in English Language and Literature and, unsure of where I should head next, one visit to Goldsmiths had me hooked. It’s a well-structured degree consisting of both core and option modules, giving students both a good grounding in the core topics whilst also allowing them to specialise in areas that they are particularly interested in.

Its flexibility, with the facility for students to audit other modules, resulted in a module switch for me in a direction I hadn’t initially expected to go but which proved to be one of the most enjoyable and interesting areas I studied. Overall, my year at Goldsmiths was a great experience and the MA provided me with enough of a foundation and confidence in Sociocultural Linguistics to continue on my academic journey to Sheffield where I am now reading for a PhD, one which directly employs some of the linguistic tools we were introduced to on this course, such as discourse analysis and politeness theories. Who isn’t interested in language, what we do with it and how we use it?

From analysing conversations, to the examination of political and ideological implications of language use, to the relationship between language, culture and thought, this MA really does have something for everyone.

"My path to linguistics was not a classic one – if there is such a thing. That’s not a thing, right? Okay great. Before coming to Goldsmiths to study Sociocultural Linguistics I spent four years in an acting conservatory in New Jersey. My path was clear: I was going to be a professional actor. A professional actor who spent all of his free time reading books on accents and dialects and feeding his yet undiscovered desire to be a linguist. I had always loved language, but specifically accents and how they shaped identity.

After drama school I was ready to dig deeper in a different field of study. When I found the MA in Sociocultural Linguistics at Goldsmiths my interest was piqued. I was excited by the idea of being able to study language and culture in an international university, with students and lecturers from around the world. The year did not disappoint.

Strangely - though it is very clearly stated in the title of the course - I did not expect to feel like a linguist when I finished the course. I guess I thought I’d feel more like a Jane Goodall of language, observing it in its natural habitat and quietly noting its intricacies. Or maybe I thought I’d be more of a language Malcolm Gladwell, retelling clever stories from my obscure language adventures, illuminating the joys of language for all to share. Never have I been so pleased to be wrong. On this course I became a Linguist; one dedicated to exploring my own interests and passions with the knowledge and analytical skill gained on this MA.

Throughout the year you are given the tools to study language from the ground up. ‘Core Issues in English Language Linguistics’ explores language from phonology to pragmatics; investigating how and why language is structured. In the second term, ‘Language in its Sociocultural Context’ uses all that you have learned in the previous term to explore how language and culture interact and influence one another. In the first term I took the module ‘English in a Multilingual World’ which explored English as a lingua franca and the role colonisation plays in shaping the Englishes of the world. In the second term, “Analysing Discourse and Identity in Spoken Interaction,’ which was equally fascinating and explored the various means of analysing discourse and how identity is constructed in interaction'

"I completed my BA in Sociology and Movement Studies twenty years ago and I've been a PE/Sociology teacher since that time. Three years ago I completed a TEFL course which peaked my interest in linguistics. The Goldsmiths MA in Sociocultural Linguistics was the perfect mixture of my interests and has allowed me to explore themes related to both sport and education.

As a mature student I was keen to fully throw myself into being a full time student and as well as completing modules on spoken discourse and identity and written discourse and ideology I was also allowed to audit the other modules. The emphasis is very much placed on you to complete compulsory and additional reading, as well as gathering your own data to analyse. There were also opportunities to hear guest speakers who are at the forefront of their field. The two core modules gave me a thorough overview of general linguistics and the specialist modules allowed me to focus on my areas of interest in terms of methodology and topic. The classes were enjoyable and engaging and allowed plenty of opportunities for me to clarify and develop my ideas in discussion with other students and the tutors. All the course tutors are highly knowledgeable and extremely supportive and the one to one sessions and feedback I received when preparing my dissertation were invaluable.

The other students in my cohort came from a wide range of areas and this added to the enjoyment and interest I got from the course. I wouldn't hesitate to recommend this course to anyone interested in the social aspects of language and linguistics. I still use the skills that I developed completing the MA, particularly critical thinking skills, analysis of everyday discourses and evaluation of texts. I wish I could start it all over again!"

Please note that scholarship schemes and awards are subject to the availability of funds, and the details given here are subject to change at any time. we therefore encourage you to check this information regularly.

Applications for 2015 entry are now closed.

Students on taught postgraduate programmes (not including MA Filmmaking or PGCEs) starting October 2015. You must be: a UK student; new to postgraduate study; experiencing financial difficulties. You should also demonstrate academic potential and you must not be in receipt of any Goldsmiths, AHRC or ESRC funding.

Applications for 2015 entry are now closed.

Check out our other Masters Courses in Linguistics & Classics