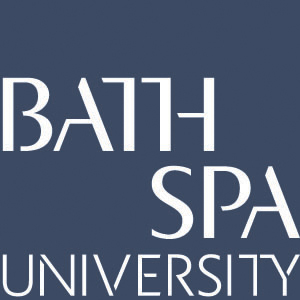 Take your writing to the highest level, and develop clear strategies for professional success. With a combination of expert guidance and peer-group workshopping, we encourage you to develop your unique voice while meeting the demands of a highly competitive industry.

We cover all media, including theatre, radio, film and television, and offer extensive training in professional skills. By the end of the course, you’ll have a comprehensive portfolio of original work, a finished script

We’re looking for individuals with either a good first degree or a thorough professional training in acting, theatre, television or film.

The information you submit to Bath Spa University will only be used by them or their data partners to deal with your enquiry, according to their privacy notice. For more information on how we use and store your data, please read our privacy statement.

The information you submit to Bath Spa University will only be used by them or their data partners to deal with your enquiry, according to their privacy notice. For more information on how we use and store your data, please read our privacy statement.

Where is Bath Spa University

After completing my undergraduate degree in Drama, I worked for seven years in Public Relations and also took a year out to pursue acting. I wanted to feel inspired again and wanted the opportunity to return to doing something creative that linked back to my original degree, and that’s why I chose to do the MA in Scriptwriting. I was also really excited to be using my brain again, learning new skills and challenging myself.

I chose the course at Bath Spa University as it was the most varied. It allows you to explore different types of Scriptwriting for different mediums: theatre, radio, film and TV, rather than focusing on one only, like many other UK courses. I was also drawn to the course by the fact it was taught by working writers and that it also offered a very practical focus in the form of advice about making a living as a scriptwriter and how to navigate the industry. It is a very well-rounded course.

The support from the tutors is excellent and I have made contacts with both tutors and fellow students that will prove helpful in the future when I might need advice or guidance. I particularly like the structure of the course weekends. Also, the course is based at the postgraduate centre at Corsham Court which is a beautiful setting.

Having the MA in Scriptwriting will give me more confidence to pursue a career in Scriptwriting, but it will also ensure I have one polished piece of completed work that is ready for me to approach professionals with.

Having worked as a freelance live television producer for several years, I wanted to take some time to dedicate to scriptwriting, which was a passion of mine. After researching all the scriptwriting MA courses available, I felt Bath Spa was the best fit for me because it covered all aspects of scriptwriting (film, television, theatre and
radio), rather than just one corner.

Study and learning is always an important part of any career development. I really enjoyed the group workshops. Having a group of writers critique and comment on my work was an invaluable way of gaining new perspectives, identifying strengths and weaknesses, and being offered great new creative ideas and options for
my own scripts.

Since finishing the course, I’ve seen my play, BRB, which I began working on for my MA, become a web film, and worked in production for television and film in the UK.

Check out our other Masters Courses in Bath, United Kingdom