University of Warwick Department of Politics and International Studies 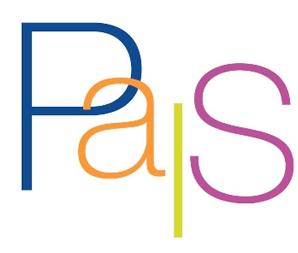 Our programme is a disciplinary degree that focuses on the region for its case studies and offers strong disciplinary expertise combined with genuine regional expertise. East Asia’s emergence as the most dynamic region in the global political economy continues despite a series of crises since the early 1990s. If anything, the crises reinvigorated the study of the international relations and political economy of East Asia. Instead of just focusing

2:i undergraduate degree (or equivalent) in a related subject

English language requirements Band B
IELTS overall score of 7.0, minimum component scores of two at 6.0/6.5 and the rest at 7.0 or above

Department advice:
Department specific advice on applying to ensure your application has the best chance for success.

Send an enquiry to University of Warwick

The information you submit to University of Warwick will only be used by them or their data partners to deal with your enquiry, according to their privacy notice. For more information on how we use and store your data, please read our privacy statement.

The information you submit to University of Warwick will only be used by them or their data partners to deal with your enquiry, according to their privacy notice. For more information on how we use and store your data, please read our privacy statement.

Born out of boldness, imagination and collaboration, the University of Warwick is a world-leading university with the highest academic and research standards. We’re constantly highly ranked amongst the UK’s and the world’s greatest universities. The 2014 Research Excellence Framework placed us 7th among UK research universities, meaning you’ll learn alongside academics on the cusp of new thinking.

Where is University of Warwick

I was set on doing my postgraduate degree on East Asia, and when I found out about the IPEA programme at Warwick, I immediately applied. However, where I had been focused mainly on Japan and China before, IPEA piqued my interest in the region as a whole – including countries I’d never studied before, such as Vietnam and South Korea – not to mention in issues I’d never examined in-depth, such as gender relations and labour movements.

My fellow coursemates were all some of the most interesting people I’ve ever met and talked with, and we have remained close friends; likewise, the tutors were all excellent and provided not only a guiding voice during seminars and office hours, but also a valuable line of support and feedback throughout the academic year. In fact, one of my fondest memories of the programme was when I – along with my coursemates and one of our tutors – went out for dinner and karaoke at the end of the spring term.

Check out our other Masters Courses in Warwick, United Kingdom

Check out our other Masters Courses in Politics & Government

MA Politics and Media in East Asia
University of Sheffield