Chat to
a student 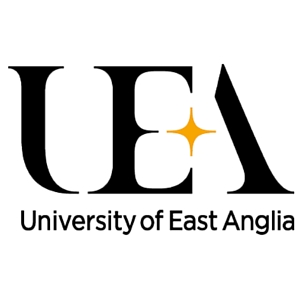 Whether you’ve studied film and media before or are simply passionate about the field, this MA course will set you up for a career in the industry or further PhD study.

You’ll jump straight in and explore the history, political significance and aesthetics of a global range of cinema, with teaching from award-winning lecturers and exposure to the most innovative and contemporary thinking.

In the Film, Television and Media Studies department our research and teaching is focused on the relationship between film, television and other media, and the creative and cultural contexts in which they are produced and consumed. We are recognised as a leading centre for the study of British, Hollywood and Asian cinemas, popular film and television genres, media consumption and feminist

Chat to
a student

Send an enquiry to University of East Anglia

The information you submit to University of East Anglia will only be used by them or their data partners to deal with your enquiry, according to their privacy notice. For more information on how we use and store your data, please read our privacy statement.

The information you submit to University of East Anglia will only be used by them or their data partners to deal with your enquiry, according to their privacy notice. For more information on how we use and store your data, please read our privacy statement.

Chat to a Student Ambassador

Our student ambassadors are the best people to tell you about what studying at University of East Anglia is like.

Chat to a student now

The University of East Anglia is an internationally renowned, campus-based university that delivers top quality academic, social and cultural facilities to over 15,000 students from around the world. UEA's postgraduate community comprises over 4,000 students, forming one of the central strengths of the University.

Where is University of East Anglia

What does it cover?

You have achieved a first class or starred first class undergraduate degree from the University of East Anglia and will remain self-funded for the duration of a Master’s degree or first year of a Doctorate programme, which you proceed onto within 6 months of your graduation.

What does it cover?

You are an Alumnus of UEA, or expect to become one, at the time of applying for an eligible postgraduate programme and are, and will remain, self-funded for the duration of the programme, (exemptions include PGCE, MBA, foundation, pre-Masters and postdoctorate diploma programmes).

Check out our other Masters Courses in Norwich, United Kingdom