University of Hertfordshire School of Humanities 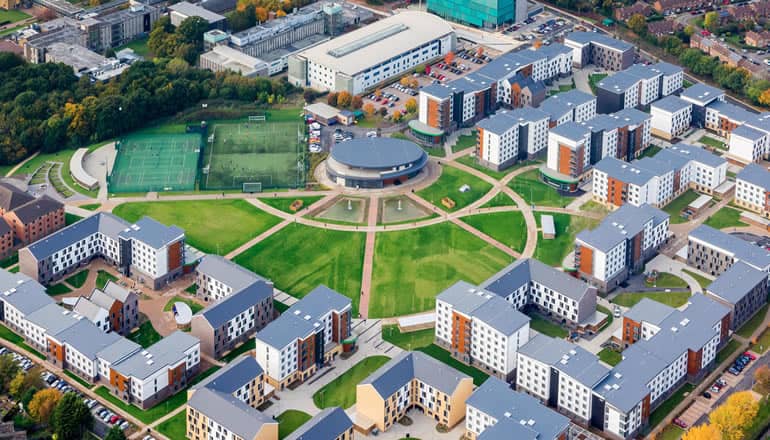 The MA in Global Film and Television is an online course, offering a range of distinct critical and theoretical approaches. You will be asked to explore the dynamic relationship between visual style and social commentary in work of film and television from around the world. As the industries of film and television become increasingly interconnected, the course considers their shared stylistic and contextual relationships.

This course is innovative in engaging with comparative close readings of US film beyond Hollywood, of World Cinema, and of contemporary television. The course leads the way in employing cutting-edge advancements in Film and Television Studies, such as the audio visual essay and digital

The normal entry requirements for the programme are:
A good Bachelor’s degree (minimum 2.2 or equivalent) in a relevant discipline.
Access to computer equipment with the following minimum specification.

An interview is not a required component of the admissions process, but all applicants will be invited to an informal online discussion with the Programme Leader prior to admission (via Skype).

International students should have an English Language assessment of IELTS 7, or equivalent as determined by the School of Humanities.

The information you submit to University of Hertfordshire will only be used by them or their data partners to deal with your enquiry, according to their privacy notice. For more information on how we use and store your data, please read our privacy statement.

You bring the dream; we’ll help you make it at Herts.

Where is University of Hertfordshire

Check out our other Masters Courses in Hatfield, United Kingdom

Study 100% online with the University of Hertfordshire. Enhance your skills, advance your career.

If you’ve been thinking of making a change in your career, then now is that time. With our fantastic range on courses that are completely online, you can take the steps you need to enhance your education and advance in your chosen career.

Visit our website to find out what online courses we have on offer.

Register your details for more information

Fit your study around your priorities

With our online courses, you’ll have the freedom and flexibility to learn and work with an international community of students, with access to global expertise and networking opportunities, wherever you are, and whenever you can. Our courses are 100% online which means they are perfect for people with busy lives who can’t commit to full-time study, but still want to develop their education.

Take a look at why you should study online

Your course will be delivered online via the University's virtual learning environment Canvas, which provides you with a personalised portal that allows you to access the study material, interact with your tutor and other students on the programme, take part in discussions and in online assessment. It also hosts online study resources such as eBooks and eJournals.

All assessment is based on coursework and online tests. The dates of assignment submission and online tests are fixed and tests are available for a fixed period of time to ensure all students can find a convenient opportunity to complete them.

Your work will be marked by a University of Hertfordshire member of academic staff.

Why study with the University of Hertfordshire

Our focus is on being a modern, business-facing university. We work with innovative businesses, public sector organisations and professional bodies to help shape all our postgraduate courses, to make sure these give you the skills and experience you need to progress in your chosen career. Our postgraduate students find success in a wide range of careers all over the world, and we take pride in their achievements.

How to find out more and apply

To find out more please complete our interest form and we’ll be in touch with all the information you need.