The MA in Cultural Astronomy and Astrology is a unique course which deals with the ways in which human beings attribute meaning to the planets, stars and sky, and construct cosmologies which provide the basis for culture and society.

The MA focuses on Cultural Astronomy and Astrology. We define Cultural Astronomy as the study of the application of beliefs about the stars to all aspects of human culture, from religion and science to the arts and literature. It includes the new discipline of archaeoastronomy: the study of astronomical alignments, orientation and symbolism in ancient and modern architecture. Astrology is the practice of relating the heavenly bodies to lives and events on earth. We therefore examine the relationship between astrological, astronomical and cosmological beliefs and practices, and society, politics, religion and the arts, past and present.

The MA is a hybrid of history and anthropology. As historians we pay attention to documentary evidence but are heavily influenced by recent trends in anthropology; this means that modern western culture can be subjected to the same academic scrutiny as pre-modern or non-western cultures, and by questions such as the requirement for the scholar or researcher to engage in practice as part of their study of practice.

The words astronomy and astrology have distinct meanings in modern English. Astronomy is the scientific study of the physical universe. Astrology is more akin to a study of the psychic universe. The split between the two, though, is a feature of modern western thought.

Both words are of Greek origin: astronomy means the ‘law’ of the stars, while astrology is best translated as the ‘word’, or ‘reason’, of the stars, so in the classical world their meanings overlapped. To the Greek scholar Claudius Ptolemy, writing in the second century CE, there were two forms of astronomy: one dealt with the movement of the stars, the other (which we would call astrology) with their effects or significance. From then until the 17th century, the two words were interchangeable. In ‘King Lear’, Shakespeare had Edgar refer to his brother Edmund, who had been posing as an astrologer, as a ‘sectary astronomical’.

Other terms Shakespeare might have used included mathematician (the astronomer Johannes Kepler studied astrology as part of his duties as ‘Imperial Mathematician’) or Chaldean (both astrology and astronomy were commonly traced to Chaldea, another term for Mesopotamia). Neither do most non-western countries employ different words to distinguish traditional astronomy from astrology.

In India both are jyotish, the ‘science of light’. In Japan they are onmyōdō, the ‘yin-yang way’. In China, the observation and measurement of celestial phenomena was inseparable from their application to human knowledge which, in turn, was divided into two, li, or li fa, calendar systems, and tian wen, or sky patterns. All cultures have ways of visualising the stars, many without a single name for the practice. The title of the MA, whose subject matter includes the beliefs and practices of pre-modern and non-western cultures, as well as contemporary worlds, is therefore necessarily ‘Cultural Astronomy AND Astrology’.

Each module is assessed by 5,000 words of written work or the equivalent. For example, some modules require one short essay of 1,000 words and a longer, 4,000-word essay, normally due in week 10 to 12. Assessment requirements, lengths and due dates can vary from module to module. The shorter essays may be a critical review of a piece of writing, or be picked from a choice of two titles. For the longer essays there is a wider choice of titles. In some modules, the title and subject is negotiated with the course tutor. Each is then returned with comments from either one or two tutors, and students are offered the chance to have a tutorial via Skype in order to discuss the comments.

Students who take the entire MA then go on to write a 15,000-word dissertation based on a piece of independent research on a topic chosen by the student in discussion with the module tutor, and other appropriate members of staff. Each student is allocated a supervisor who can guide them through the research and writing process.

Most of our students take the MA as an end in itself because they love the subject. Some go on to study for PhDs, either with us, or at other universities.

The relationship between all academic work and non-academic employment is always based on potential employers’ appreciation of the generic skills acquired in MA study. Typically, these include critical thinking, communication skills, time-management and the ability to take on and complete independent projects. The latter quality is particular prized by many employers. One graduate is teaching at undergraduate level while another, a school teacher, was awarded a promotion and pay rise on her graduation.
Read more about this course

The normal entry qualification is a good first degree (2:1 or equivalent in UK grading) in an appropriate arts/humanities/social sciences area including History, Cultural Studies, Sociology, Psychology, Theology and/or Religious Studies. Applicants with a good first degree in another discipline and/or substantial relevant background experience and evidence of relevant study will also be considered following suitable discussion with the Programme Coordinator.

Send an enquiry to University of Wales, Trinity Saint David

The information you submit to University of Wales, Trinity Saint David will only be used by them or their data partners to deal with your enquiry, according to their privacy notice. For more information on how we use and store your data, please read our privacy statement.

The information you submit to University of Wales, Trinity Saint David will only be used by them or their data partners to deal with your enquiry, according to their privacy notice. For more information on how we use and store your data, please read our privacy statement.

You can view your previously sent enquiries in MyFindAMasters

Whether you have recently completed an undergraduate degree, are seeking a career change or promotion, or perhaps you are pursuing a life-long interest, our wide range of postgraduate and professional qualifications could be exactly what you're looking for.

Where is University of Wales, Trinity Saint David 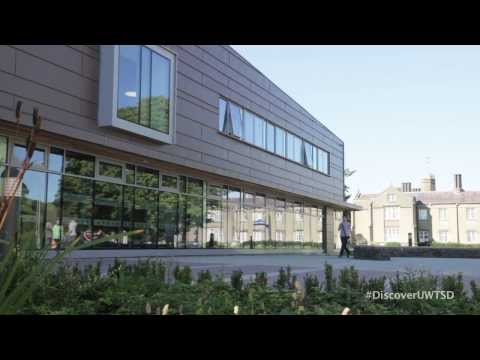 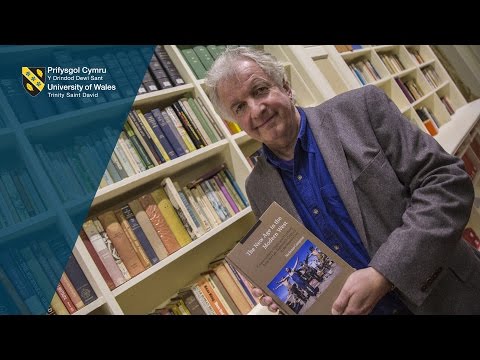 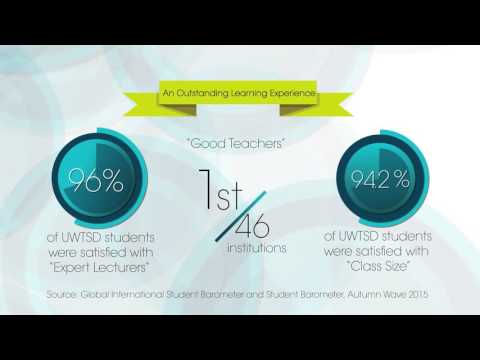 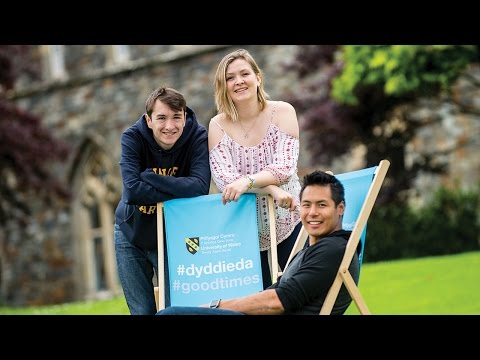 “I've always wanted to do my MA, but life and finances always seemed to get in the way. When I saw this MA, I knew it was a programme I needed to do and it seemed like the right time to take part. I also had experienced some major changes in myself and in my life that motivated me to review the dreams that I have always had and make them a reality… The course content fascinates me and the format (online) works for me. I love the subject matter and it relates to my previous experience both academically and experientially. I am looking for 'deep' answers to questions and this course provides me with direction in answering those questions…

“Overall, I am happy with the course as a whole so it's difficult to choose just one thing that is best. I think this course is unique and innovative and gives me an opportunity to study ideas that may seem to rest outside the Academy… I chose to study with UWTSD because the MA Cultural Astronomy and Astrology really appealed to me. (Also, I really love Wales even though I'm not really there... hopefully doing the MA will give me a good reason and opportunity to visit in person!)” - Caroline Denby, MA Cultural Astronomy and Astrology (online), Ontario, Canada

Available to UK students enrolling in their first year of a postgraduate programme who require assistance with their fees. Awarded as fee reduction.

Available to UK students enrolling in their first year of a postgraduate programme who require assistance with their fees. Awarded as fee reduction.

Application forms can be downloaded from: https://www.uwtsd.ac.uk/bursaries/

Check out our other Masters Courses in Lampeter, United Kingdom