Masters degrees in Astrophysics involve advanced study of the physical nature of the universe, often touching on Cosmology (the origin, evolution and eventual fate of the universe).

Related subjects include Astronomy and Observational Astrophysics. Entry requirements typically include an undergraduate degree in a relevant subject such as Physics or Astronomy.

Why study a Masters in Astrophysics?

Courses in this field encourage you to uncover how the creation of the universe happened, understand the history of stars and galaxies, and investigate how planetary systems and hospitable environments develop.

This involves applying theory such as relativity to understand matter, energy, space and time – including modelling the origins of black holes, neutron stars, dark energy and gravitational waves.

Delving further into cosmic origins, you might explore how stars, galaxies and planets are formed over time. This includes applying atomic theory to analyse elements such as hydrogen, helium, carbon, nitrogen, oxygen and silicon.

Astrophysicists often undertake research on behalf of institutions such as universities, or large scientific organisations. For example, you could be responsible for developing technology for exoplanet exploration and interstellar analysis. Other careers include industrial applications such as aerospace engineering, as well as the civil service.

We have 51 Masters Degrees in Astrophysics

We have 51 Masters Degrees in Astrophysics

University of Leeds School of Physics and Astronomy

Our Physics MSc is highly flexible, giving you the opportunity to tailor your course towards your individual career aspirations. Read more

Advances in fields such as Physics, Engineering, Earth Sciences or Finance are increasingly driven by experts in computational techniques. Read more

MSc in Particle and Astrophysics

Although Particle Physics and Astrophysics act on completely different length and time scales, they both use the laws of physics to study the universe. Read more

The MSc in Astrophysics and Relativity is a new one-year full-time or two-year part-time course. Students will gain advanced knowledge of astrophysics, general relativity, computational science and data analysis and the up-to-date skills required to understand the universe we live in. Read more

University of Hertfordshire School of Physics, Astronomy and Mathematics

This MSc provides students with the skills, knowledge and research ability for a career in astrophysics. The programme is designed to satisfy the need, both nationally and internationally, for well-qualified postgraduates who will be able to respond to the challenges that arise from future developments in this field. Read more

University of Glasgow College of Science and Engineering

The Masters in Astrophysics gives you an understanding of the principles and methods of modern astrophysics at a level appropriate for a professional physicist. Read more

Taking advantage of a new generation of terrestrial and space-based instruments, the MSc in Astronomy and Astrophysics at KU Leuven digests new discoveries concerning the origin, structure, and evolution of planets, stars, star systems, and the universe, and uses them as your textbooks. Read more

University of Padua School of Science

University of Cambridge Faculty of Physics and Chemistry

The Institute of Astronomy offers an exciting opportunity for suitably qualified students who have completed a bachelor's degree (or equivalent) in astronomy, physics or mathematics to study for a one-year master level qualification in astrophysics working alongside fourth-year (Part III) students taking the final year of the integrated master's undergraduate MSci Astrophysics Tripos. Read more

University of St Andrews School of Physics and Astronomy

The MSc in Astrophysics is a one-year taught programme run by the School of Physics and Astronomy. Read more

The MSc in Data-Intensive Astrophysics has been designed to provide you with the skills and knowledge needed for a career in a range of areas including academic research as well technical, development and engineering positions in the “in-demand” field of “Big Data” and related scientific fields. Read more 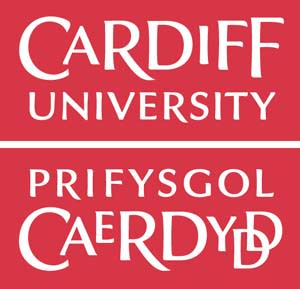 Our MSc in Astrophysics is a full-time degree course which aims to provide specialist training and an edge in a highly competitive recruitment market to students who wish to work in the field of astrophysics. Read more

Showing results to of 51